The Conference on the Future of Europe – The Multilingual Digital Platform 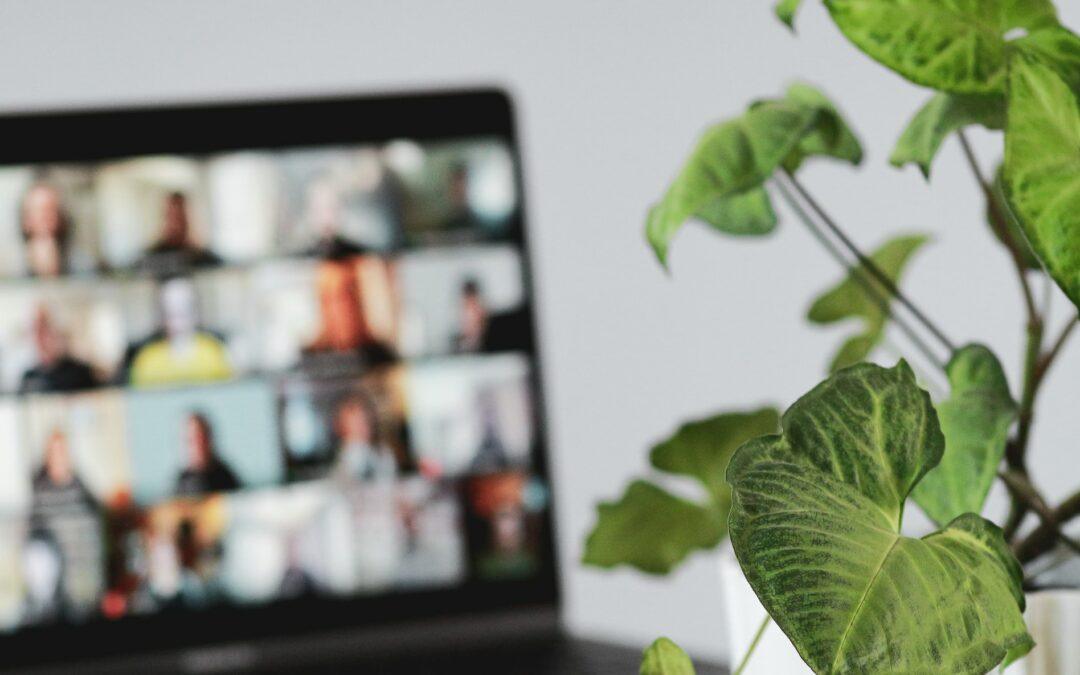 For many decades there has been talk of the possibility of applying a more direct democratic process in the political sphere of the European Union. This is now embodied by the Conference on the Future of Europe. This initiative is a chance for citizens to be directly involved in the decision-making process of EU institutions about the next steps of the EU. Citizens of all ages, nationalities and walks of life can think about how they envision the future of the European Union.

The Conference and the mechanism behind its organization and implementation is meant to reach its citizens to find out what their vision of Europe is in order to provide guidance for it’s the years to come.

One of the main tools of the Conference is the Multilingual Digital Platform, which enables citizens from all of Europe to share their ideas for the future of Europe as well as to react and endorse other citizens’ ideas and views. Additionally, it is a tool which shows all the events relevant to the Conference, and therefore allows more participation and better information of citizens– it is a way for to follow the progress and the results of the Conference. One of the main features of the platform is that it is set in all the languages of the EU, granting citizens the opportunity to express their thoughts and to read about other citizens’ ideas and initiatives in their mother tongue – all content is translated in all languages – giving value and uniting the diversity of the EU. 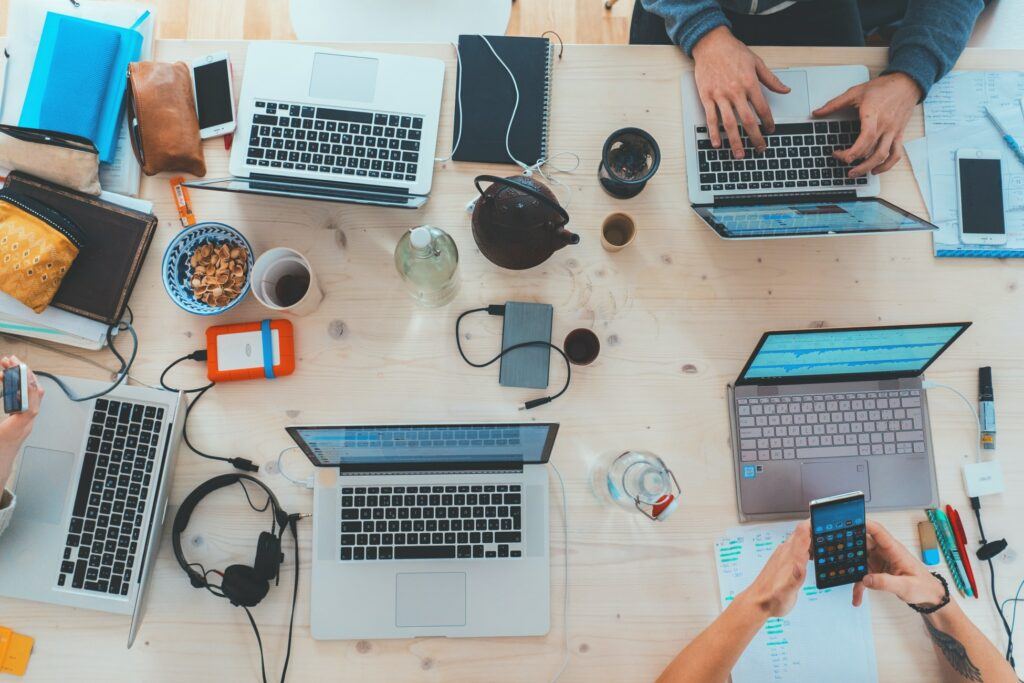 This democratic bottom-up approach reaches mostly young people – the citizens of the future. The Digital Platform is at the heart of the Conference. One of the main focuses of NextGenerationEU is that of becoming a pioneer in terms of digitalization. In this article we will describe the platform and give a clearer picture on the way it functions, and the method in which citizens can actively participate in shaping the future of the European Union.

The platform is structured in 10 main topics:

This comprehensive list of topics covers most of the main issues that we are facing in their specific platform. However, the last topic called “Other ideas” leaves space for any other concern that citizens might have which is not included in the other 9. No question is left out of the table. MsDubravkaŠuica – Vice President of the European Commission, has mentioned during the first Citizens’ Panel in Lisbon that even amendments of existing treaties will be taken into consideration should the citizens push for it in the platform or throughout the various events organized in the local communities. 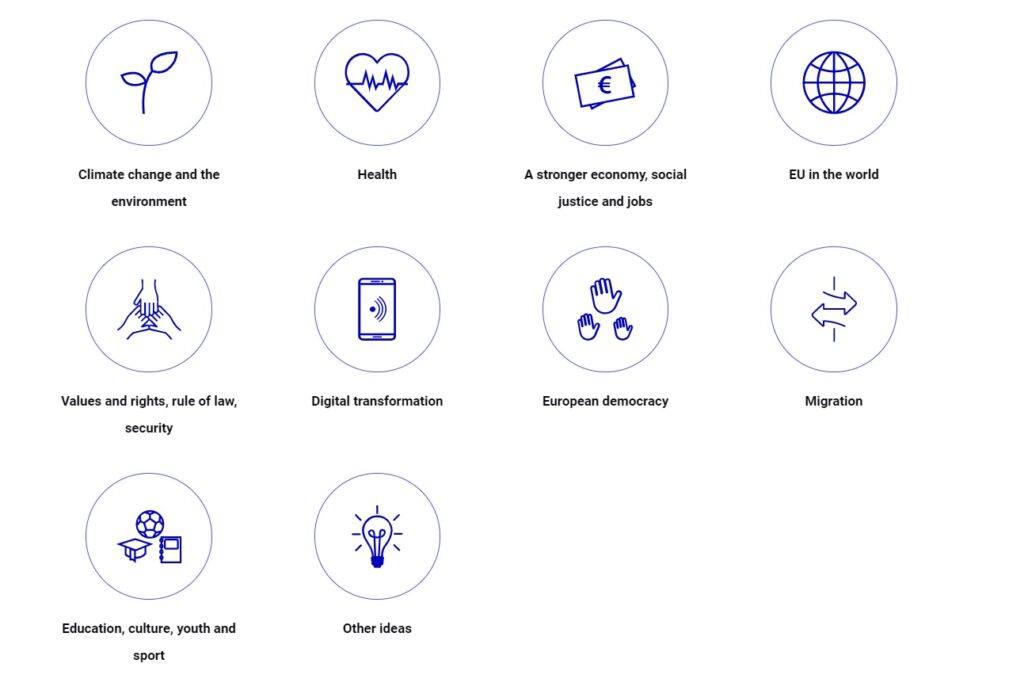 Additionally, this tool provides information about existing initiatives brought forward by EU institutions in order to tackle the issues mentioned by the topics. This ensures that citizens get a higher awareness of possible opportunities which are already available to them, as well as prevents redundancy in the ideas published on the platform.

Citizens may also take part in organizing events for the Conference (either online or in presence) and they may post them on the platform for everyone to see and access.

How will your ideas be considered and implemented?

The Conference ends in the spring of 2022. The ideas collected on the platform will feed into the discussions which will take place during the European citizens’ Panels and Plenaries. What will come from the platform will therefore reflect into real recommendations which will be heard and discussed among citizens, the European Parliament, the European Commission and the Council. The final outcome will be a report which will be presented to the Joint Presidency. That is where the actual work will start with the implementation of the citizens’ demands into real legislation and action from EU institutions.

The Conference on the Future of Europe provides a unique opportunity to all citizens to become an active part in shaping their future. The significance of this initiative stems from the fact that, for the first time, citizens’ opinions are not just passively gathered but it is the citizens themselves who put forward their thoughts and opinions and advise their leaders on what they want and expect from their governing bodies. This one-of-a-kind social experiment has the potential of becoming a pioneering mechanism for the future of democracy, made possible by the digital development which has shaped our reality and innovated the way we interact – not just on a personal level but on an institutional level as well.