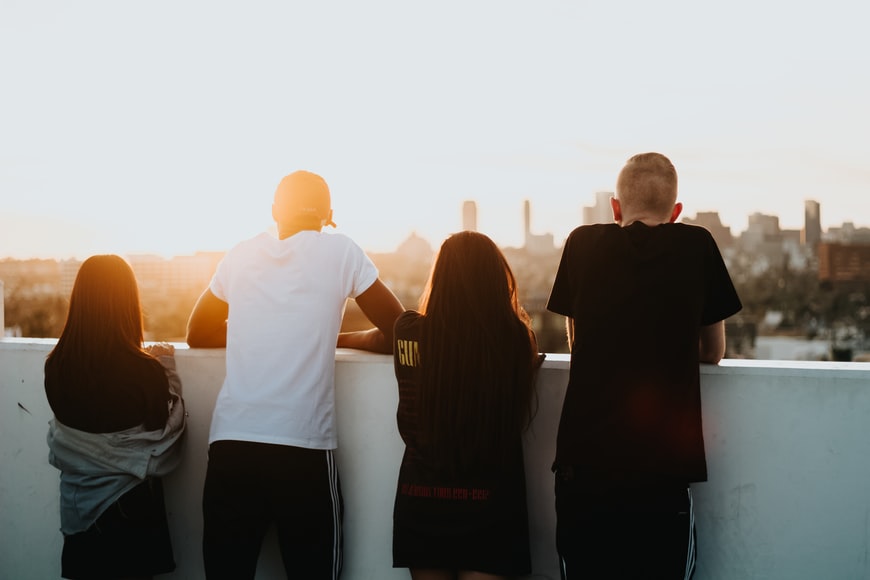 NEETs and COVID-19 effects on Youths in the EU.

In a rapidly changing society due to new social and health emergencies, economic and cultural issues emerge, strongly reflecting on the young people world. In fact, the phenomenon of youth unemployment is now booming on the back of the serious economic crisis of the last two years, with the sharp increase in the number of young people Not in Education, Employment or Training (NEETs).

At the end of 2020, nearly 725,000 more young people aged 15-29 were not in employment, education or training(NEET) across the EU-27. In contrast to previous crises, the share of inactive NEETs increased twice as much as that of unemployed NEETs. So far, the progress made in recent years has not been entirely undone. Just before the onset ofCOVID-19 there were approximately 1,7 million fewer. 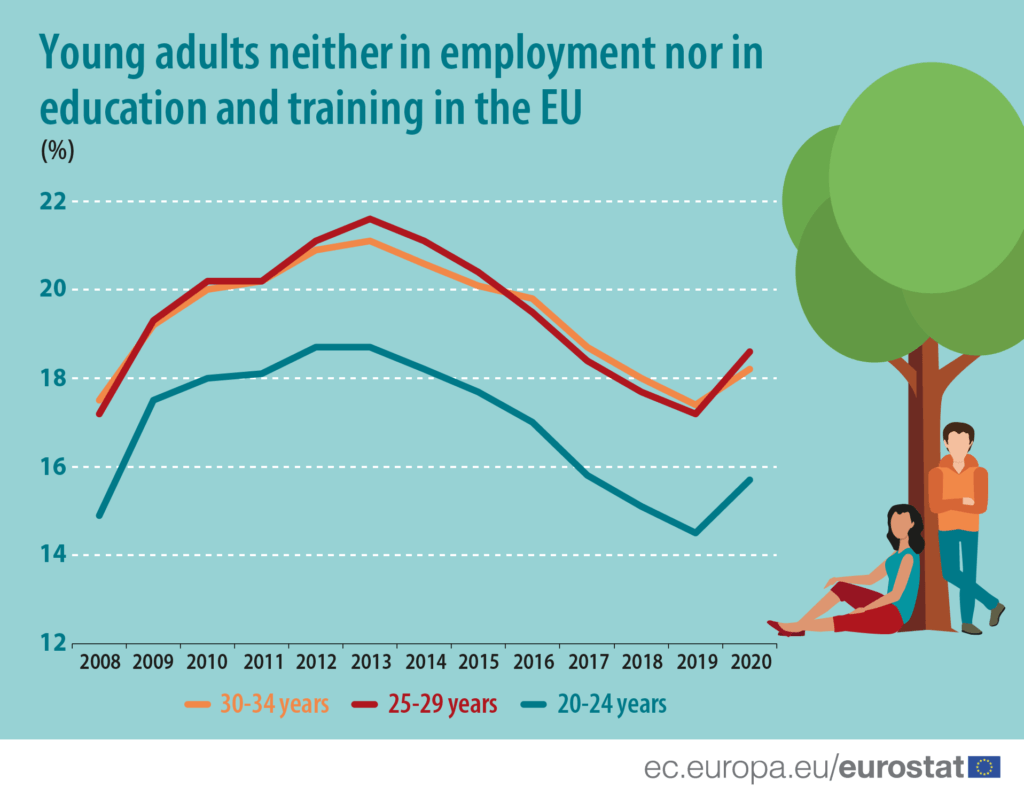 Young workers and young jobseekers and NEETs have been severely affected by the negative effects of the pandemic that has also changed the world of work and the labour market; this is in particular because young people tend to work in industries and occupations most affected by the pandemic such as retail, hospitality and tourism. They are more often employed on temporary contracts, which were badly hit at the onset of the pandemic. Moreover, young people were heavily affected by school closures and restrictions on training opportunities. They have also experienced very low levels of mental well-being.

How has Europe been mobilised in this respect and what social innovation actions have been taken?

Europe has tried to find a solution to the problem by advancing the so-called “Youth Guarantee”  in April 2013, the programme aims to provide a quality offer of a job, further education, apprenticeship or traineeship within four months of becoming unemployed or leaving the formal education system.

In the last years, the reinforced Youth Guarantee (YG) –was achance to address some important gaps the Youth Guarantee of 2013 has shown over time. To this end, national YG

implementation plans should be aligned with national Resilience and Recovery Facitlity (RRF) plans and priorities identified in the context of the European Semester. 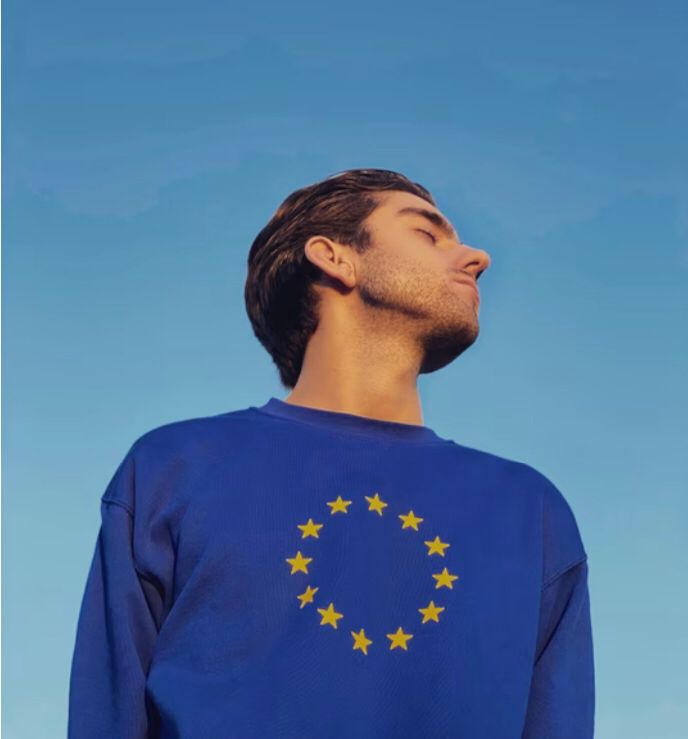 But YG is just one of the actions that Europe has launched to ensure a better future for young European citizens, putting in place educational and cultural projects aimed at raising awareness among young people in the working-educational and cultural spheres, allowing them to acquire a greater sense of civic duty and ensure that they can actually recognise themselves as European citizens.

To accompany up-bottom actions and approaches, there are numerous initiatives and projects that use European funds that can be undertaken by young people, with a bottom-up approach, such as:

– Erasmus+ is the EU programme that aims to improve the skills and employability of young people, promote their social inclusion and well-being, and foster improvements in youth work and youth policy at local, national and international level.

– Fellowships for researchers, for EU students, with Marie Skłodowska-Curie Actions are open to researchers in all disciplines, from life-saving healthcare to ‘blue-sky’ science.

– For Young entrepreneurs, Erasmus for Young Entrepreneurs is an exchange programme for entrepreneurs offering the opportunity to work alongside an experienced entrepreneur in another participating country for a period between one and six months.

– For Young volunteers, The European Solidarity Corps aims to strengthen solidarity in European society, engaging young people in accessible and high-quality solidarity activities. It is an opportunity to learn and develop their potential as well as to bring fresh and inspiring ideas to the organisation they are engaging with. The programme supports activities in the fields of volunteering, jobs, traineeships and local Solidarity Projects. 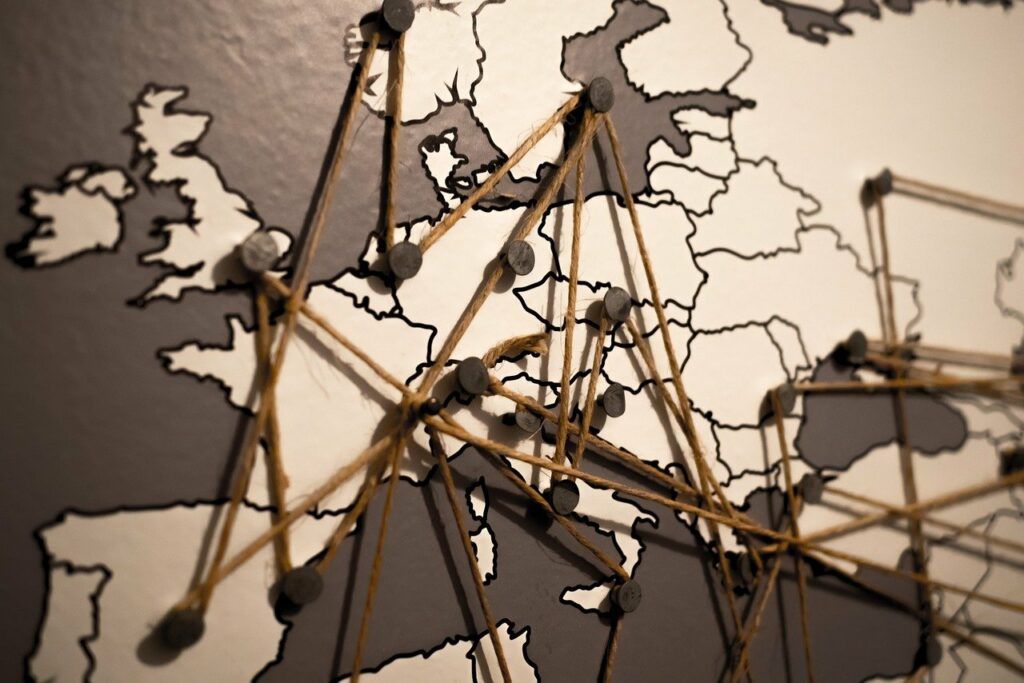 As we can see, Europe has put in place different drive “youth policies” aimed at all EU countries, but then why is there an uneven distribution of labour supply in different European countries? Is the problem political or cultural? Why do some countries tend to remain tied to the past, why do they prefer to give priority to older people in the labour market?