Apps for Solidarity. Digital Tools to Foster Community and Solidarity in Digital Societies 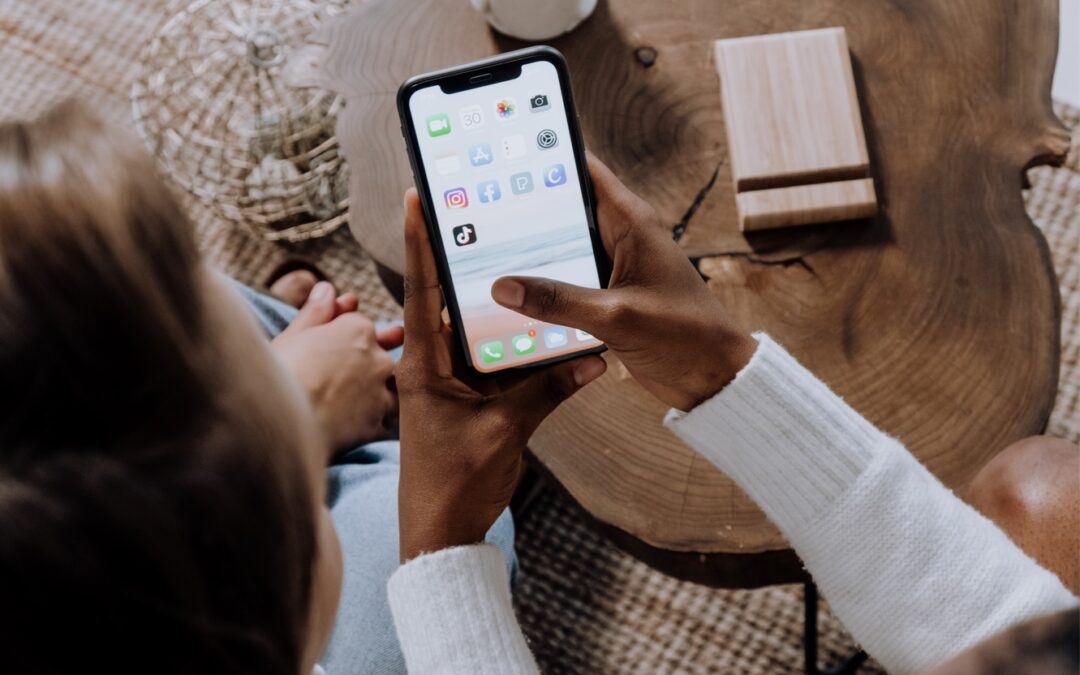 Today, smartphone applications offer us a wide and diverse range of services and uses. One of them is the launching of community and solidarity initiatives. Public and humanitarian institutions and groups of citizens are using technology and apps to launch innovative solidarity projects. Let’s take a look at a few of them.

In today’s European societies, smartphones are an important part of our lives. The European average for smartphone usage is 46.7%, according to a study by comScore (2020) on the situation in the main European mobile markets. As is well known, there is a digital divide and usage varies greatly depending on the social group, the main variables being age. According to Eurostat (2022) in 2019, 92 % of young people used mobile phones to access the internet away from home or work and 94 % of young people in the EU-27 made daily use of the internet, compared with 77 % for the whole population.

Some of the advantages of applications over the use of, for example, internet browsers include: they are easy to use; their design is adapted to the screen and provides a better user interface; they facilitate collaborative and remote work, as they can be used by several users at the same time; they can sometimes be used without an internet connection; they are accessible from any country (just depending on the language) they are always visible on the desktop of the device, so the chances of them being used are greater. 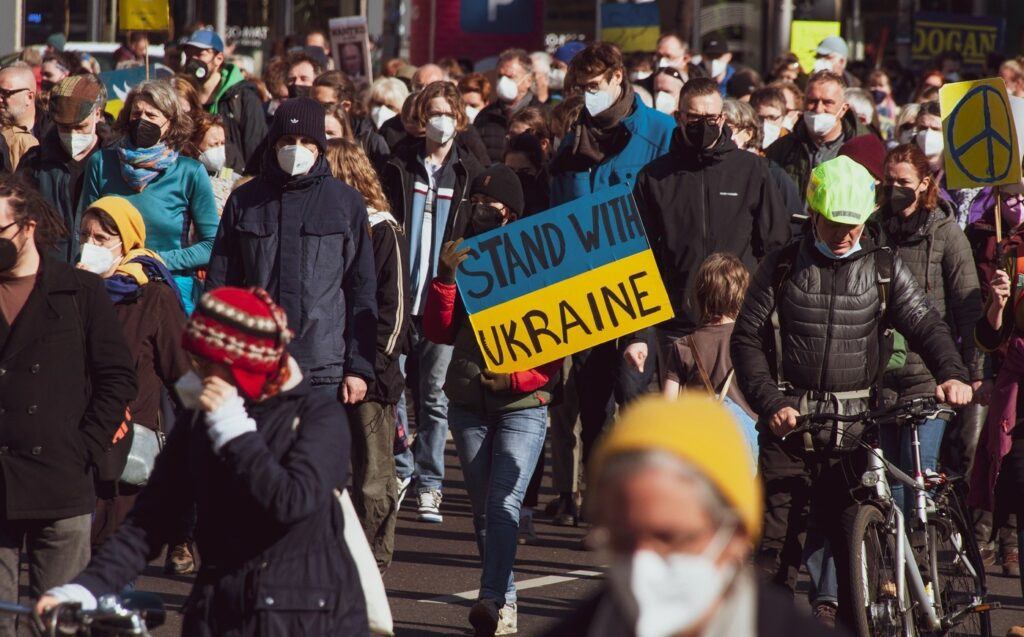 The ongoing work of the Red Cross shows the increasing relevance of applications in the third sector. In parallel to the humanitarian care that the Red Cross provides daily to vulnerable groups, its commitment to making technology available to those who need it most makes it a benchmark, thanks, among other initiatives, to the ‘Humanitarian Technology Awards’, which this year celebrates its sixth edition. The Red Cross Humanitarian Technology Awards contribute to the interest of technologists in humanitarian action and reward those who create projects that promote the humanitarian use of technology. For example, in the ‘Impulse’ category, which assesses the potential scalability of the project to other areas and groups, the suicide prevention application ‘Searching Help’ has been selected in 2022.

When we take a look at the world of applications related to solidarity and citizen initiatives, we can find both those driven by official bodies and large NGOs as well as those driven by citizens. Some of the interesting and varied initiatives that can be found at European level are the following.

This is a UN app with which you can contribute to the World Food Programme, the section of the organisation responsible for distributing food to hungry children around the world. Through the ShareTheMeal app, you can donate to specific programmes, such as the one for Syrian refugees in Jordan or the one dedicated to the Rohingya community, who had to flee from Myanmar to Bangladesh. It’s possible to see where the donations are going and who you are helping, as well as create a team with friends to fight hunger.

Charity Miles donates to social and humanitarian organisations just by walking, running or cycling. After downloading the app, people just have to choose the cause they want to donate to. The app lets log all types of movement, from running and walking to dancing and biking. Large trading companies are sponsors and this is how they get the funds. 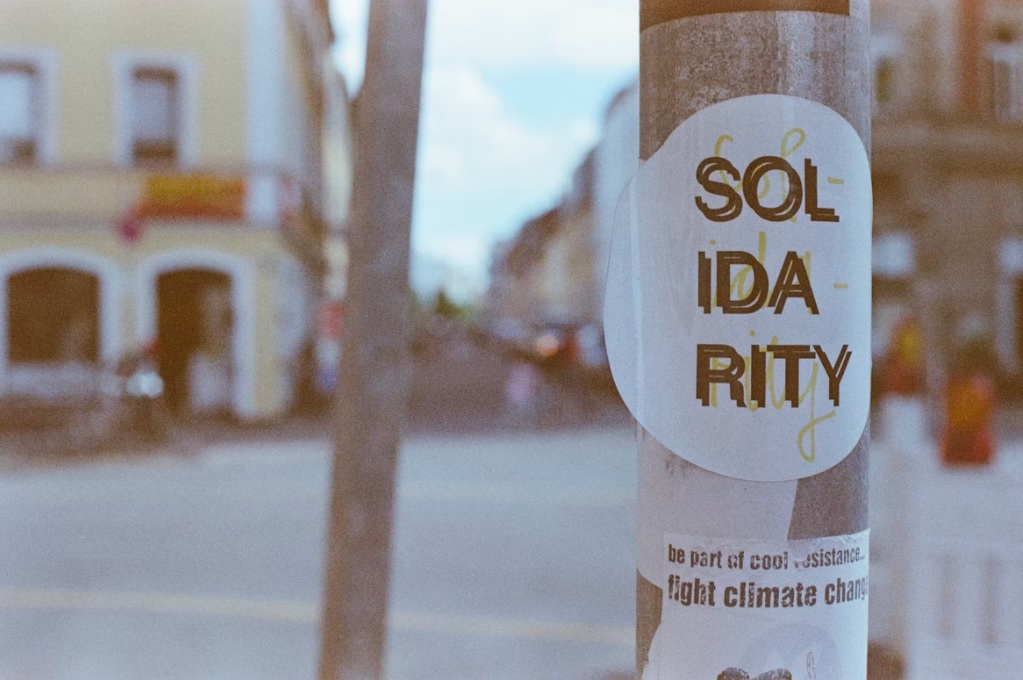 Be My Eyes – Helping blind see

With this application, blind or visually impaired users can get help from a sighted volunteer using the back camera on the blind person’s phone. The volunteer receives the request for help via a notification on their phone and, once they accept the request, a live audio and video connection is established between the two parties.

A look at the current situation in Europe shows how applications can be developed quickly even in emergency situations. In relation to the ongoing war in Ukraine, which has already resulted in 4.615.830 million refugees (people who have crossed international borders, according to UN), applications have also emerged to help people in this situation.

It is a newly created mobile app that tries to make things easier for Ukrainian refugees in their diaspora by providing them with geo-localised resources so they know where to go.

“After seeing the destruction a friend of mine suffered due to the war in Ukraine, I initially decided to join the fight. However, soon after, my co-creator Tejas suggested that we could do much more within our available means,” says Vish, one of Refuge’s creators.

It is an independent platform helping to connect Ukrainian refugees with potential hosts and housing. It is a public bulletin, where the users with spare space can post a listing and to mark their listing as filled once they have successfully taken in refugees.

These apps also show us the other side of the coin: how people in extreme need themselves can find resources and help through them. According to Marie Gillespie, a sociology professor at The Open University in the United Kingdom, water, phone and food are now the three most important items refugees take with them when they are unexpectedly forced to leave their home (Gillespie, 2018). Although access to technology and media varies among different groups of refugees based on income and education levels, experts have concluded that smartphones and the ability to access social media platforms through them are now an essential part of a refugee’s toolkit.

In conclusion, in a digital world where people increasingly access a multitude of services and projects via their smartphones, solidarity applications offer an accessible and easy way to find out about and get involved in social initiatives. The potential is enormous, but to move in the right direction it is important to know whether it is actually being harnessed effectively. It would also be important to know the real reach that these applications are having and whether they are proving to be a better way of promoting and channeling solidarity in society.

On the other hand, while it is true that this approach would be the first step in engaging people, human being needs social contact, so face-to-face meetings and the creation of relational networks and community cannot be completely replaced. The important thing is to understand how our virtual and non-virtual worlds can be two sides of the same coin and to make the most of the opportunities offered by each, in this case, to carry out solidarity initiatives in society.